In-depth information, curiosities and stories about your travel destinations 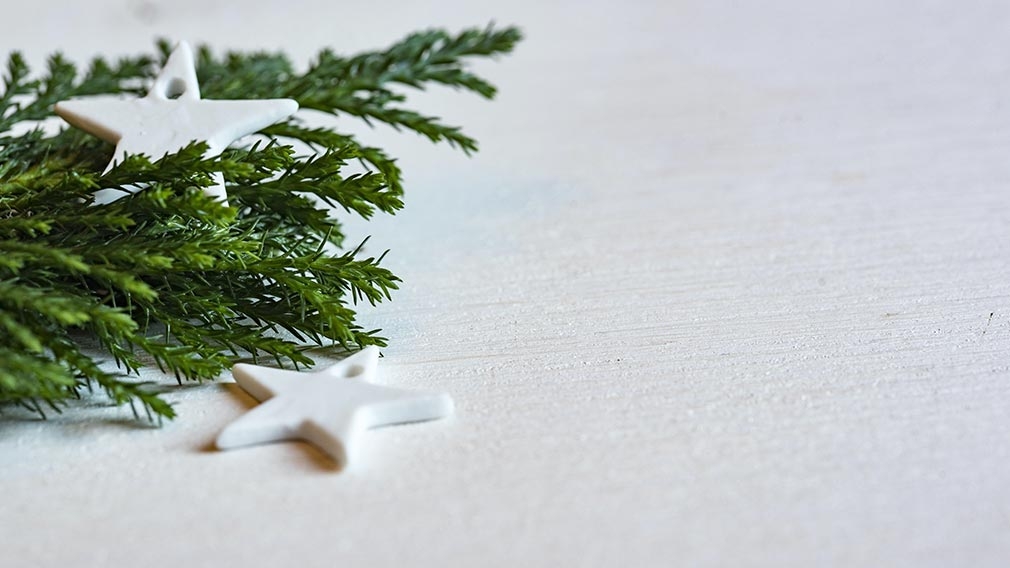 In Greece, the Christmas period lasts 14 days, officially beginning on Christmas Eve and ending on 6 January with Epiphany

Greece is a country that has a lot to tell and that can satisfy even the most demanding travellers, not only for its historical vestiges and its paradisiacal beaches, but also for its strong ties to traditions that emerge especially during religious festivities.

At a time of uncertainty, we would like to tell you about the traditions that the Greek people have always maintained with patriotism and attachment, traditions that have been handed down from generation to generation and that not even the desire for progress and novelty can ever erase. In Greece, the majority of the population faithfully follows the Orthodox Christian religion, so many of the traditions are linked to recurring religious celebrations. However, many traditions occur spontaneously, regardless of religious belief. 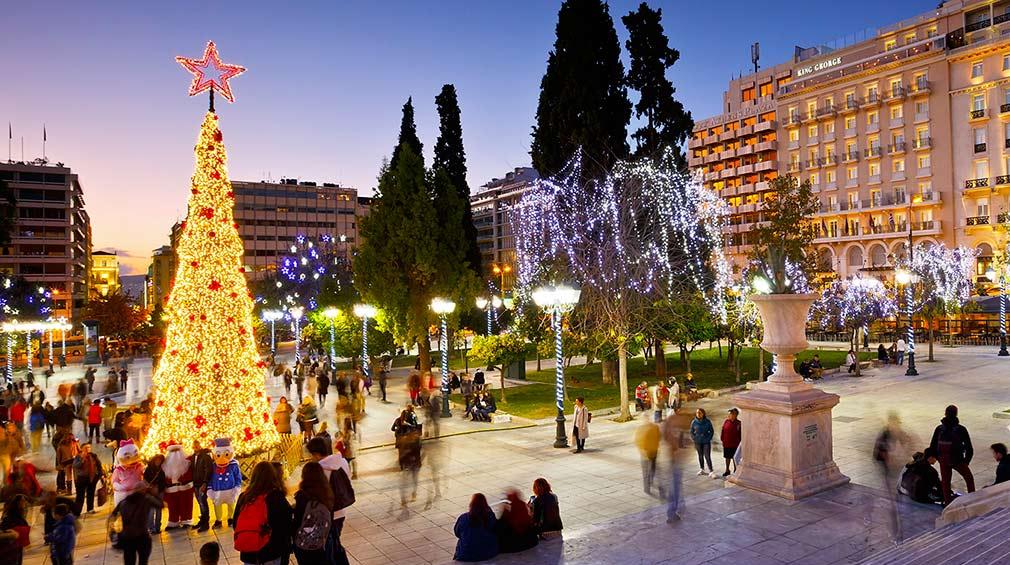 The exchange of gifts

Christmas celebrations in Greece begin with the celebration of St Nicholas on 6 December. This is one of the days when children receive presents, but unlike in other parts of the world, it is not only St Nicholas who brings gifts. St Nicholas is joined by St Basil (Agios Vassilios in Greek) on 1 January, when it is customary to exchange gifts with friends and family. The 24th and 25th of December are fully religious days to spend with the family, but without gifts! 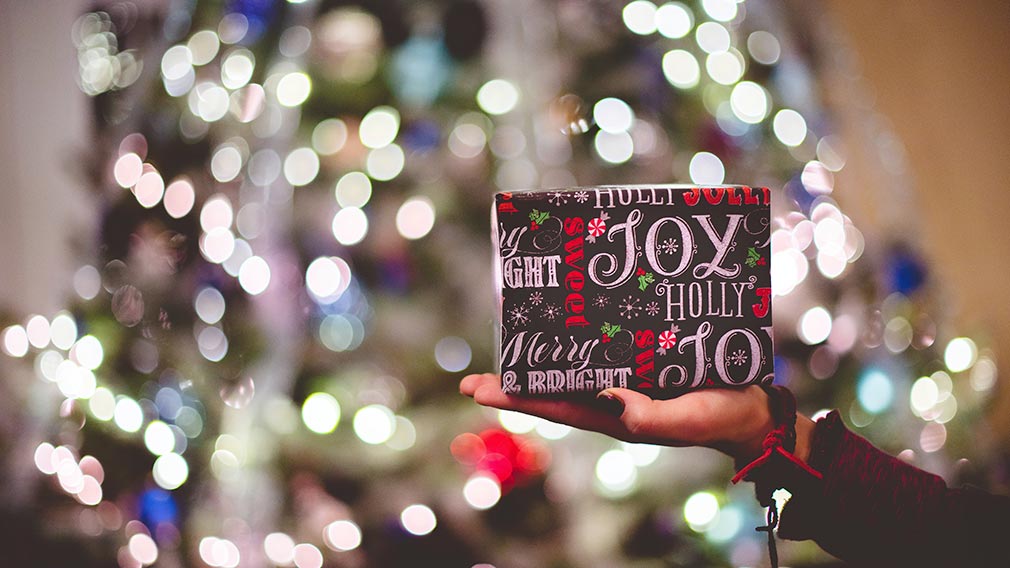 The Christmas tree is not exactly a Greek Christmas symbol, although year after year it is entering more and more people's homes. In fact, the Greek tradition is for houses to be decorated with beautiful illuminated wooden models of various sizes that faithfully reproduce sailing boats. It is easy to understand why: in Greece there is no strong attachment to the land as in the Nordic countries, but on the contrary, there is a strong propensity to worship and thank the sea for all that it can offer the population: food, work, transport, tourism and much more. Strolling through a Greek town at Christmas time gives visitors a warm atmosphere where an incredible mix of traditional and contemporary ornaments intertwine. Every house, every shop, every square, every street conveys wonderful emotions. 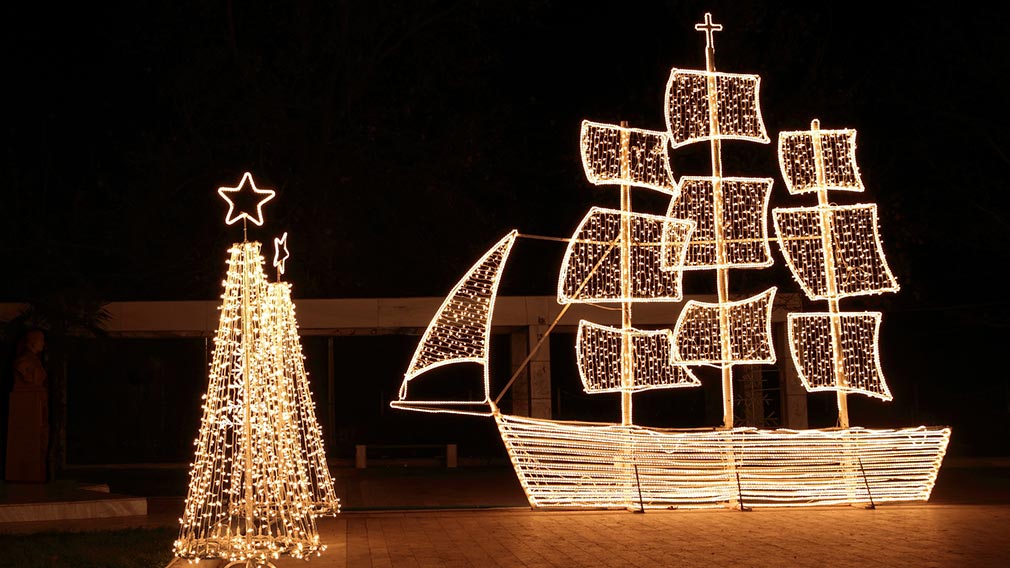 It is common practice in homes to display one of the oldest symbols of Greek Christmas: a small, shallow wooden bowl filled with water and wrapped with a string hanging from the rim, to the end of which are tied a sprig of basil and a crucifix. The thread keeps the basil fresh and moisturised, which in turn keeps away the 'Kallikantzaroi', the evil spirits.
According to tradition, these negative entities are also kept away on New Year's Eve, when it is common to burn fresh twigs, leaves and even old shoes. This would ensure good luck and prosperity for the new year! 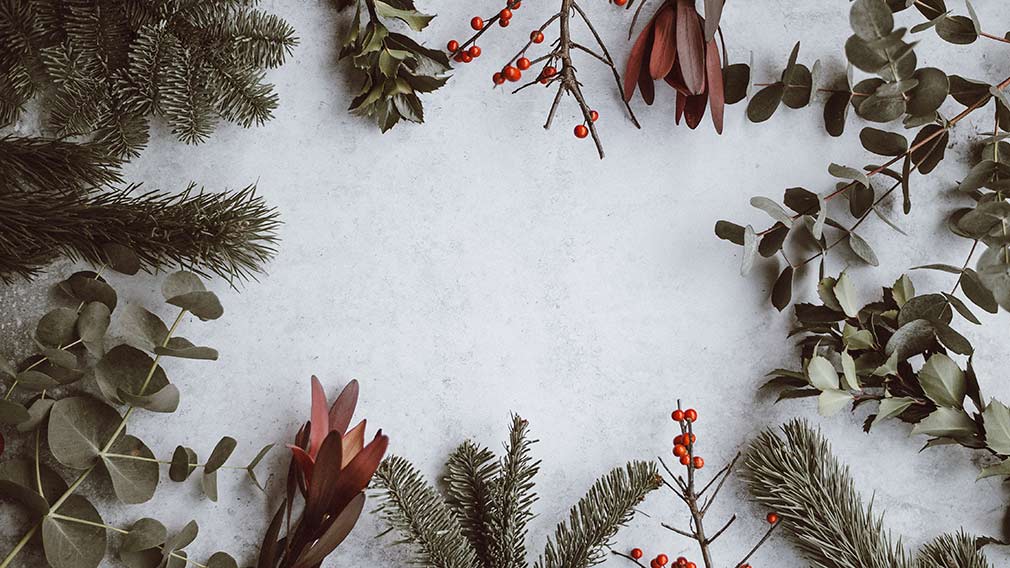 Christmas, as in Italy, is about family, cheerful children, the desire to be together with one's loved ones... and if in our country we find laid tables, cappelletti in broth, roasts, nougat, pandoro and panettone, in Greece there is no lack of all these delicacies... in short, the country changes, but the great amount of food consumed in the family does!!!
The main Christmas meal is often based on meat, roasted or spit-roasted of course, lamb and pork are never missing, together with the "tiropita" in all its versions, a typical savoury pie, filled with spinach, cheese or cold cuts, all accompanied by fresh and colourful salads and other vegetables.
Not to be missed is the typical sweet and super-decorated bread, the 'Christopsomo', the bread of Christ, decorated with a cross on top, round, fragrant and flavoured with cinnamon, orange and cloves, prepared according to tradition by Greek ladies on Christmas Eve, so that it remains fragrant the following day! Another popular dessert that cannot be missed are the 'Melamakaromo' biscuits decorated with chopped nuts and kneaded simply with flour, olive oil and honey. 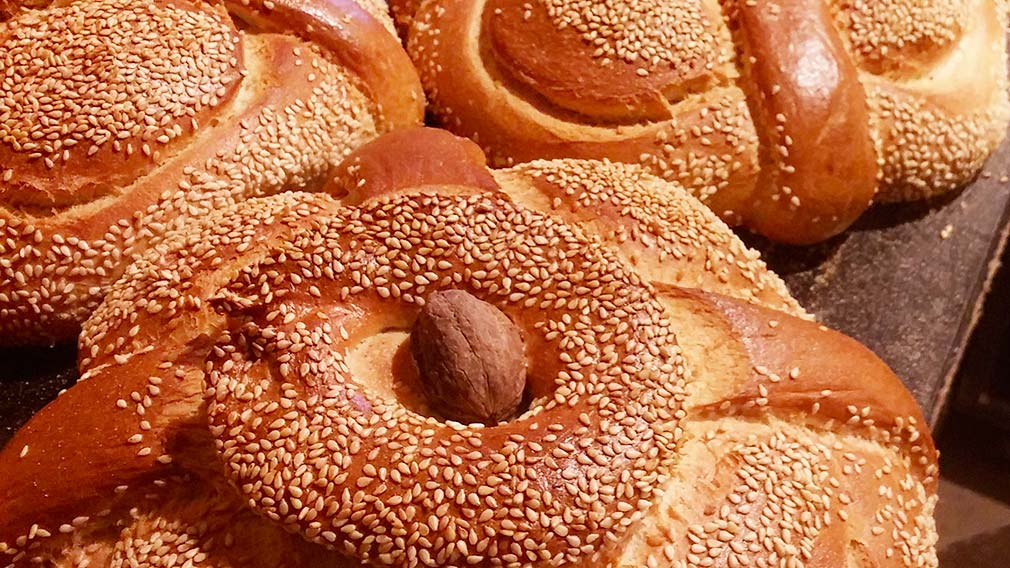 The New Year's Eve celebrations are also very popular in Greece, celebrated in much the same way as in Italy, with some differences in the food consumed. While the quintessential gastronomic symbol of Italy's New Year's Eve is lentils and cotechino, the bearers of prosperity and good fortune for the new year, in Greece the gastronomic New Year is linked to the 'Vassilopita', the traditional sweet cake dedicated to St Basil. The special thing about this famous cake is that a coin is hidden inside the dough. The tradition of the Vassilopita is that the head of the family cuts the first slices, which are never distributed to the family, because they are consecrated to Jesus, the Virgin Mary and St Basil to protect the house and the family, then the slices are removed and the remaining slices are given to each diner, and the person who finds the coin in their slice will have a very lucky New Year! Epiphany and the blessing of water

Epiphany... all feasts are taken away, but it is no less important than any other feast day. On the contrary, for the Orthodox, 6 January commemorates the baptism of Jesus in the waters of the Jordan by St John the Baptist and is therefore a commemoration of what is known as the 'blessing of the water'.  During this celebration, priests throw a crucifix into the sea, rivers and lakes and a group of men jump into the water to retrieve it. According to tradition, whoever finds the cross will be blessed for the whole year and the water will be purified. 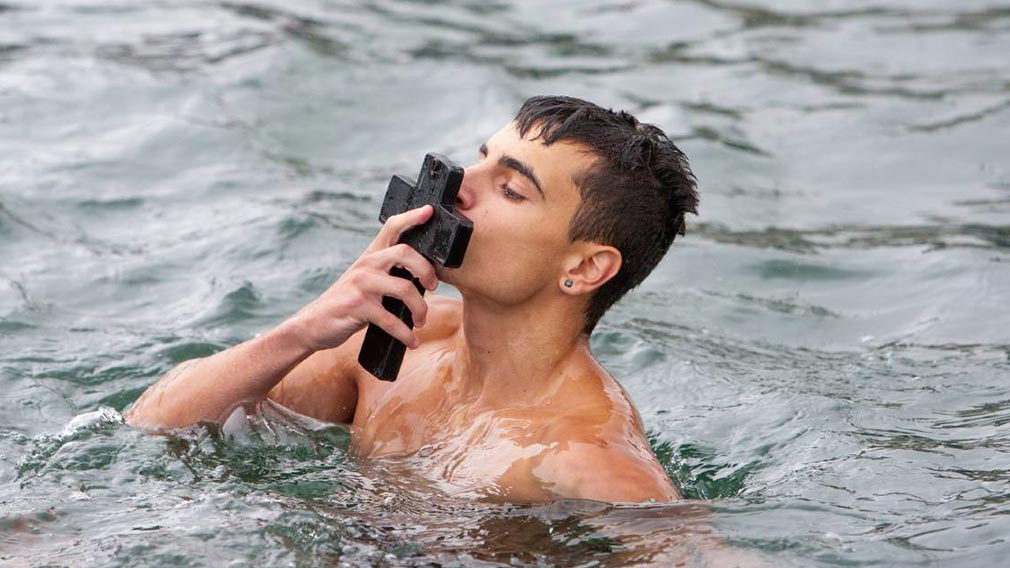 In conclusion, we can say that religion, spirituality, tradition, family and good food are the secrets of Greek festivities. All that remains is to wish you a happy holiday:

Make sure you enter all the required information, indicated by an asterisk (*). HTML code is not allowed.